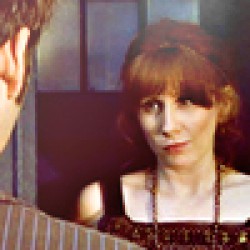 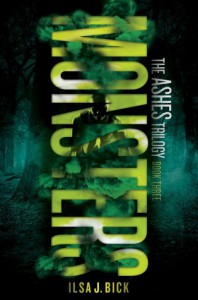 Ok, I'll try not to be spoilery, but it may happen. Consider yourself warned.

I just put down Monsters, and my brain is all melty, but it was alternately horrifying, self-effacing, and adrenaline-pumping. As a precaution, I never read these books while I was eating. I never read them before bed (this is a necessary precaution. I read a book in Karen Marie Moening's Fever series before bed once and had mercilessly messed up dreams for days). But these books dealt with dogma, survivalism, cancer, families, and relative ages. It hinted around the edges of vast conspiracies that ultimately may not matter. They questioned what it means to be human and the thin lines separating humanity from something else.

The monsters in this book were not the zombies. Well, I mean, they were, obviously, because zombies/cannibals/whatever we're calling the Changed. However, Bick swung the camera back at the human monsters operating within her universe and found them lacking. She started this in Shadows and carried the examination through to the climactic battle I felt like I should have seen coming.

This entire series threw me off balance. I kept thinking I knew what would happen next, and it never did. I never knew what was going to happen. At all. Usually, this isn't a thing that happens. I put down a lot of books because I have figured it out in the third chapter and don't feel the need to keep going. I'm a horrible person to take to the movies because the Big Reveal often involves me grumbling into my knitting that of course that's what they're doing, any idiot could figure that out, why am I wasting my time while my long-suffering boyfriend distractedly pats my arm in the hope that I'll put a cork in it. And it just kept me guessing, including lulling me into a false sense of security that "well, I guessed X would happen, so clearly Y will follow, and... what just happened?"

This series somehow managed to do many things that I usually hate, but it made them work. Let's review!

I liked many things. In the process of writing this review, I just realized I don't have anything to criticize. There was some serious violence squick happening here, mainly because several main characters had a slight problem of eating human flesh, which is disgusting.

... I have nothing else. I don't even know. Brain melty. Go read these books? But maybe not before bed or while eating if you have a sensitive stomach.